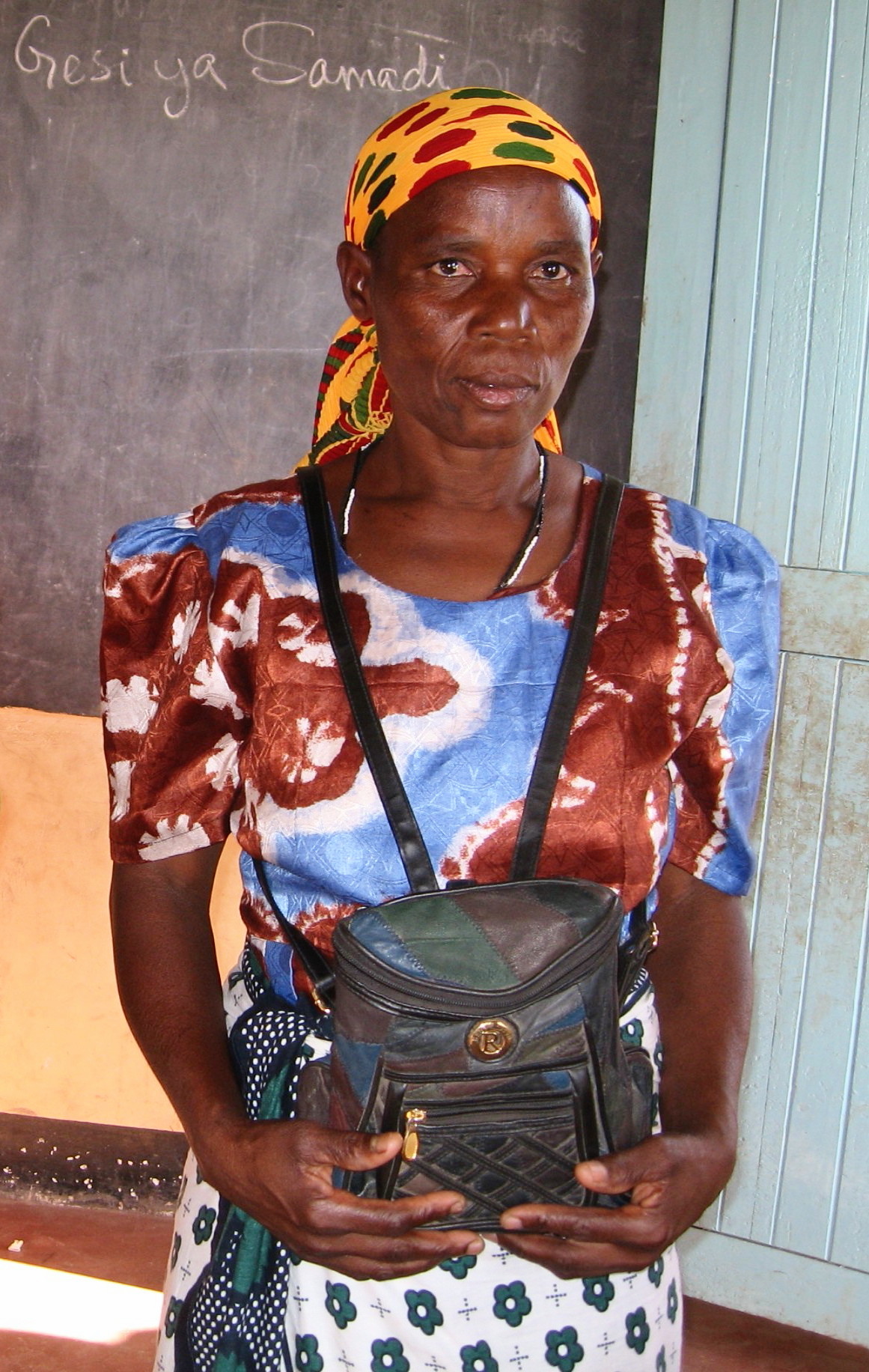 This is the story when visiting Chinyika which took place in February 6th 2006, revisited again 17 days later… (about the revisit will be published later). We are leaving early in the morning at 06.30 as the car has been fixed and James from the NGO “MIGESADO” place himself in the storage area in the back of the car. It was several things to do but the most important was to fix the brakes. One side was totally crashed and we were lucky to be able to drive. We could have been stucked up out there in the middle of nowhere…

According to the plan, we are going to Chinyika Primary School and on the way to the school we are acting as a postman again by leaving a letter in a village we were passing. The roads are, as usual, not in the best condition, but now we have a repaired car and that makes us feel a bit more secure. The longer we drive the smaller and narrow is the road. We arrive at the school and when going out of the car we notice that we got a flat tyre. There is nothing else to do than using the spare wheel we have on the roof of the car. This is shortly being fixed by Willbroad and Sikiri.

Meanwhile the kids is curiously looking on a safe distance in the shadow of a tree.

Janet is being trained to play a game called “Bao” and children is looking once again on a distance..

We also learn that there in fact will NOT be any seminar at this school today as the school had received another project plan from the authorities than the one we were holding!!!

We take a look at the kitchen house and find them using the old 3 stone stove inside a traditional house made of clay. This will soon be replaced by the new fuel-efficient stove which I and Janet are supposed to help the local community to build. The old kitchen need to be rebuilt or a complete new one must be built before we return to this school again. The cooks are preparing the lunch and while we are there, the bell rings for lunch and children is queing up to receive their daily meal which for most of them is the only meal they will have this day.

Janet takes the opportunity to serve the children their lunch today, which is maize (most common). The food has been prepared in old pots and it seems like rust and other particles is included in the food, this does really not looks nice.

But, time to go as we need to drive a long distance extra to next school to hold the seminar. We are driving along bumpy and sandy roads and we are driving sometimes through the savannah look a like nature, the only thing missing are the elephants, zebras and giraffes. We can see some monkeys and birds, and the birds have a fantastic color, the wings are neon-blue, I wonder what that bird can be? After a while we are climbing up the mountains and suddenly we are forced to stop, a big truck has problem, but seems not to be serious as he soon starts to drive again.

Later on we are out on the savannah again and the scenery is beautiful with all the ikuyu trees, they have a small crown of leaves but are huge when you look at the diameter which can be several meters. We have a nice overview as we at the moment are on a hill. Sometimes it seems to be hard to find out where the road is, so much sand and no particular road to follow, we are lucky that the driver are very familiar with this area.

We arrive to our second school of the day very late and we explain the reason why. The seminar follows the same pattern as before, James are really a professional teacher and have the skills to both enjoy and encourage the
listeners. 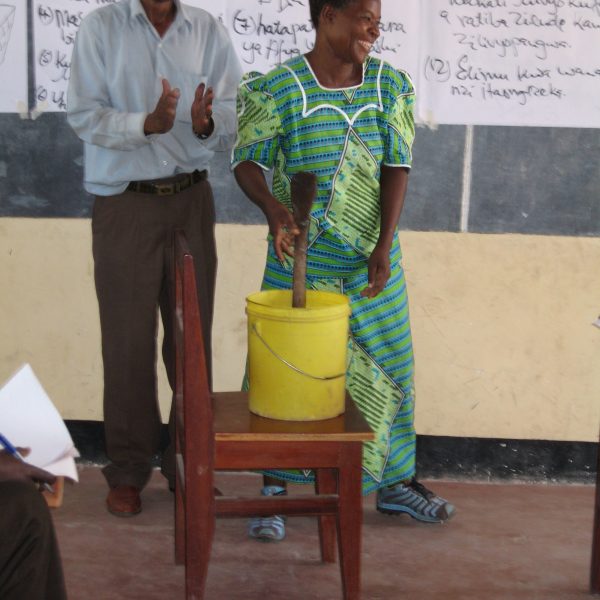 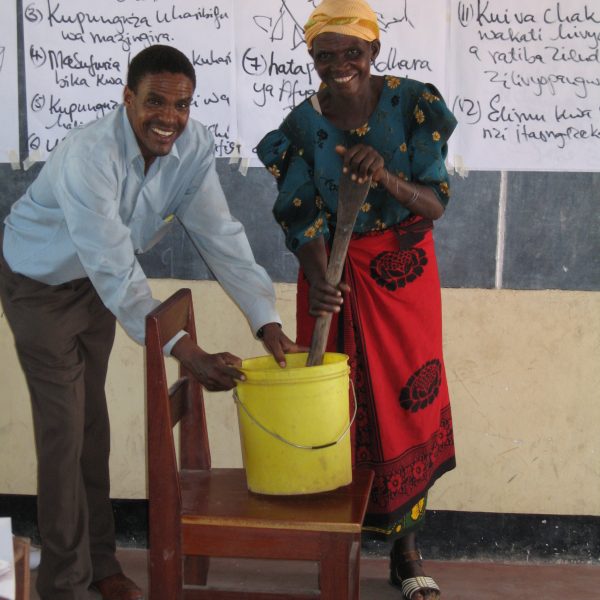 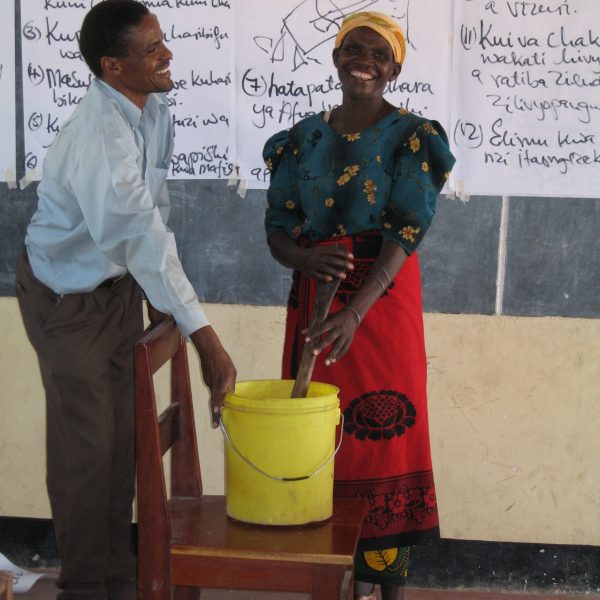 All of us in the audiance have a nice time listening to James.

After the seminar, we take the opportunity to talk to the children who just has finished their day at school and now are supposed to go home. Supposed to, but they think we “wazungo” are so interesting so they stay.
We start to greet and shake hands with many of them as we have done at the other schools, this is very much appreciated. 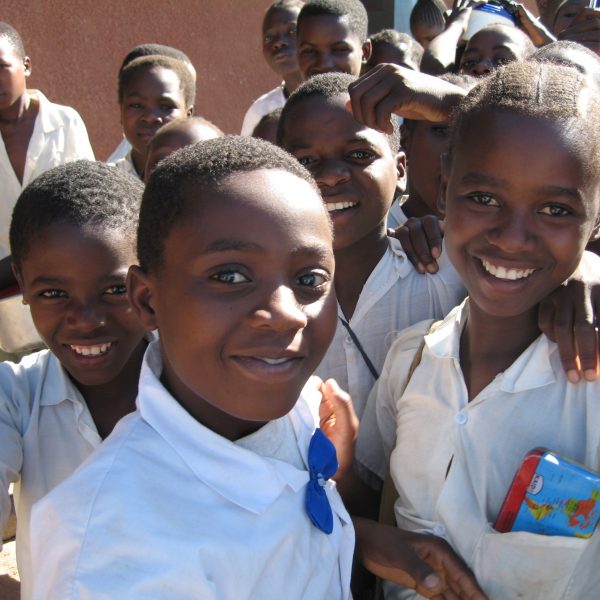 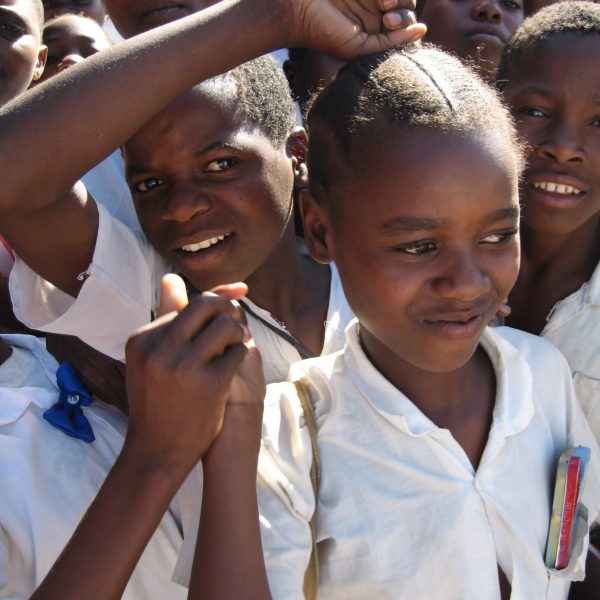 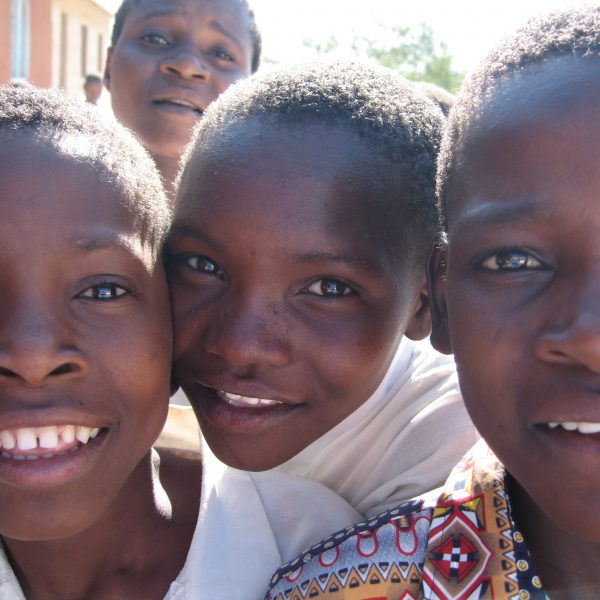 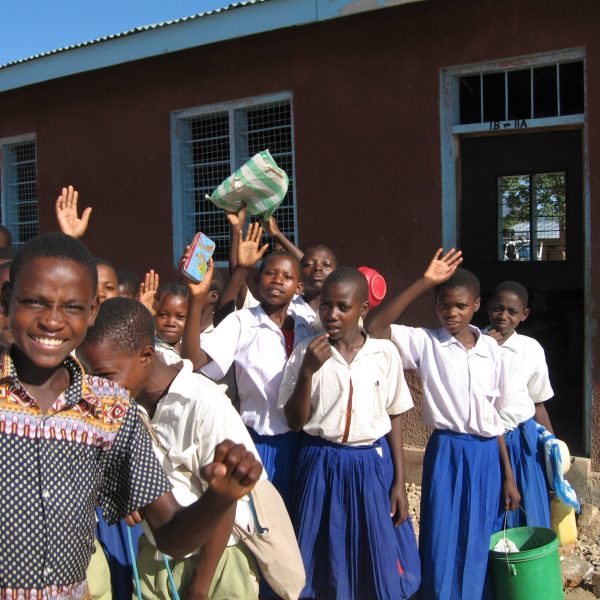 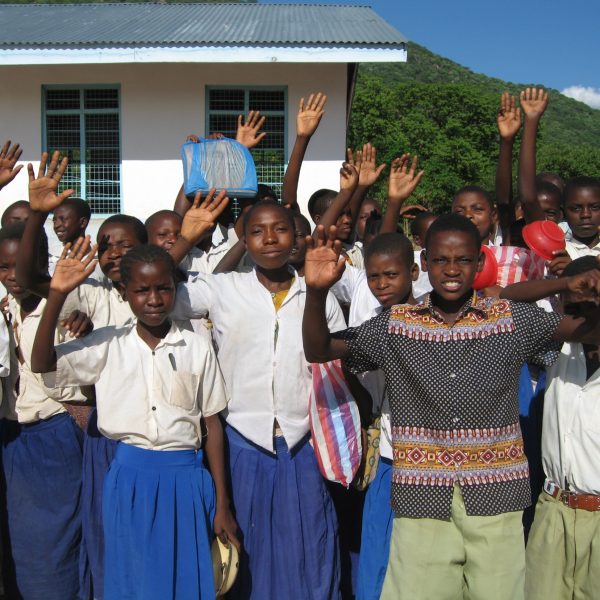 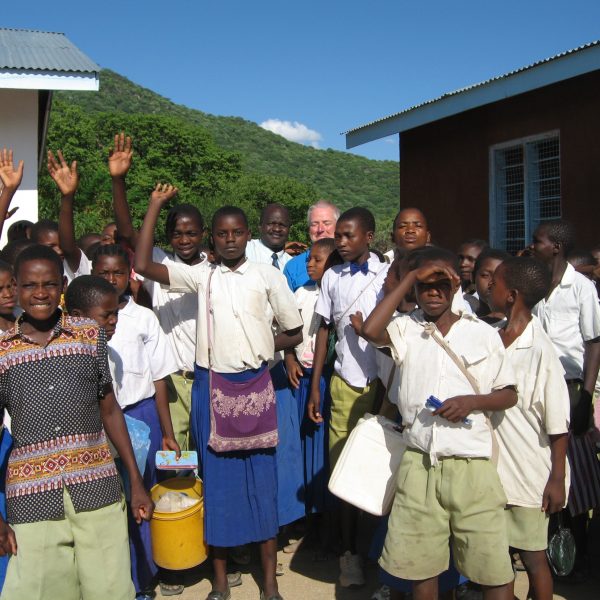 While we spend time with the children, a meal is prepared for the attendants of the seminar and the head master sends the children home.

The meal served today is Ogali and some kind of meat, probably goat. As usual, we eat with our (right) hand as the locals do and this is very much appreciated.

After the meal we a express our thanks for the meal by saying, Asante kwa chakula kizuri, which means, thank you for the good food.

During our meal, it seems like nearly one hundred of the pupils have come back again to the school to look at us “wazungo”, and once again we are shaking hands and taking photos of them and showing them the pictures. They show an enormous joy over the photos taken. 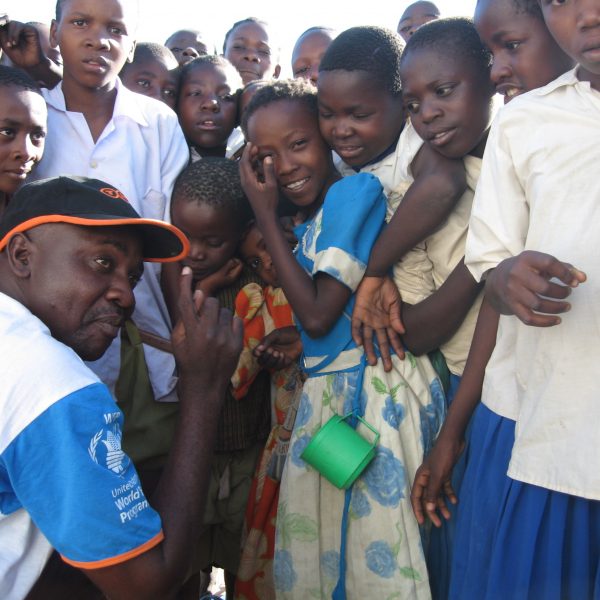 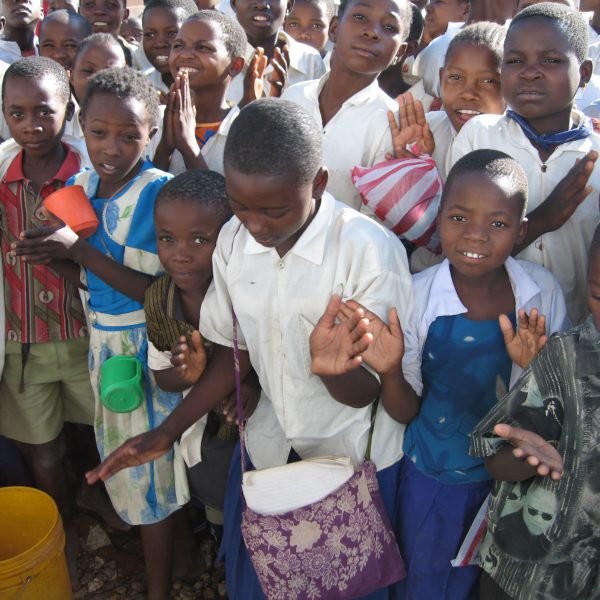 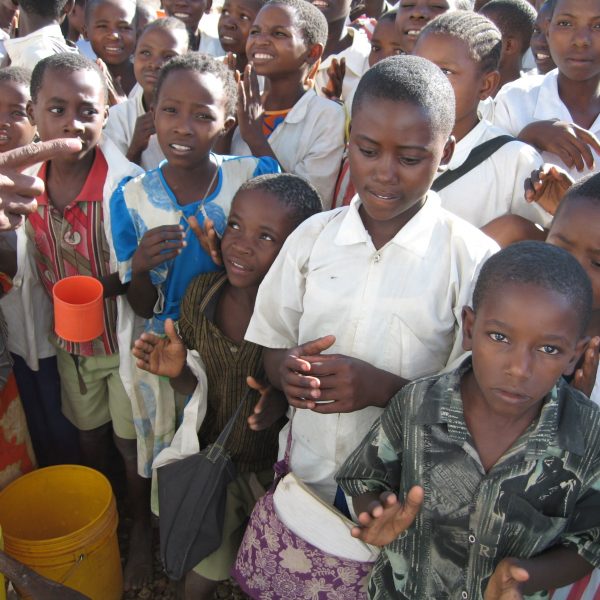 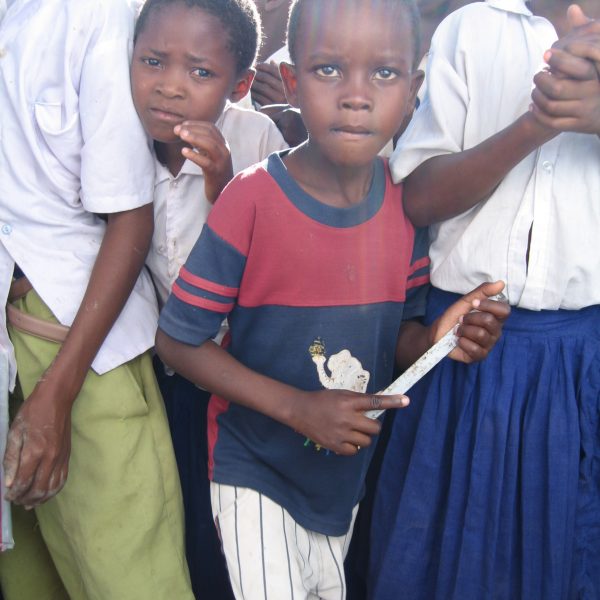 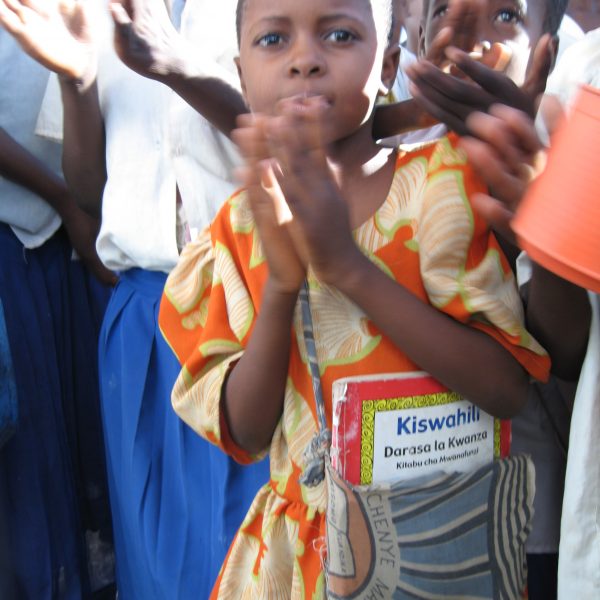 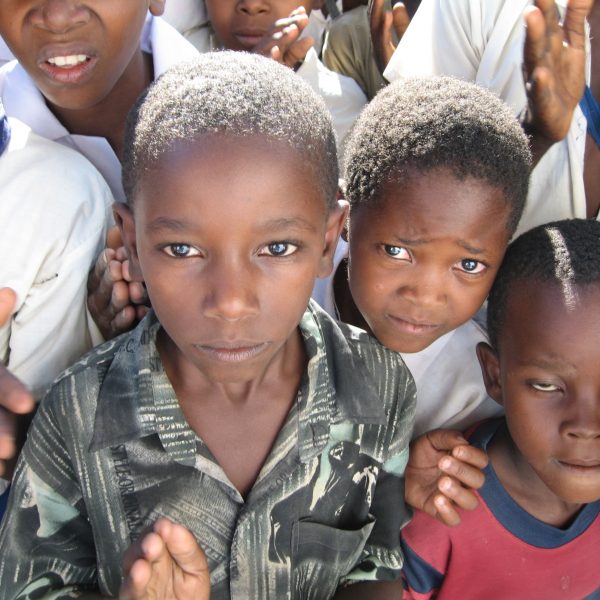 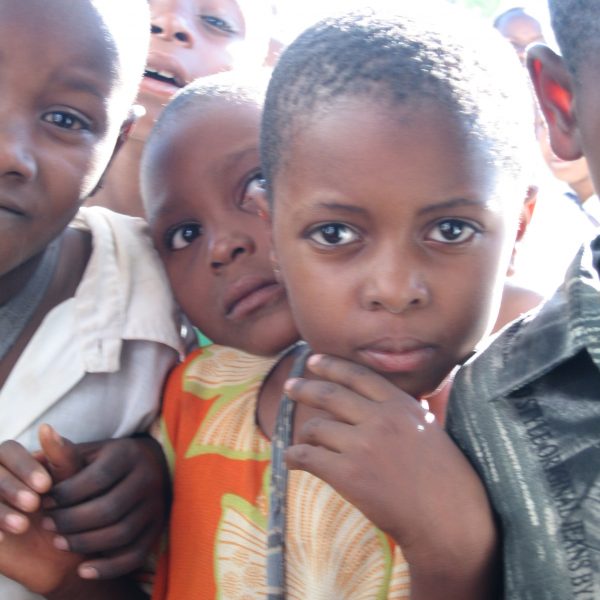 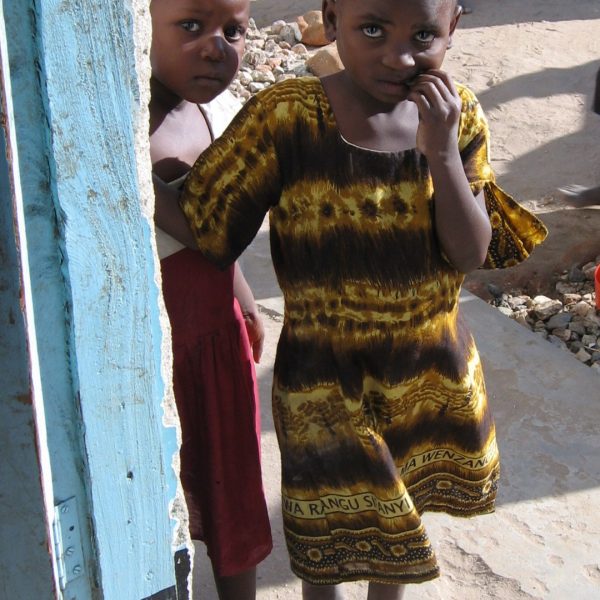 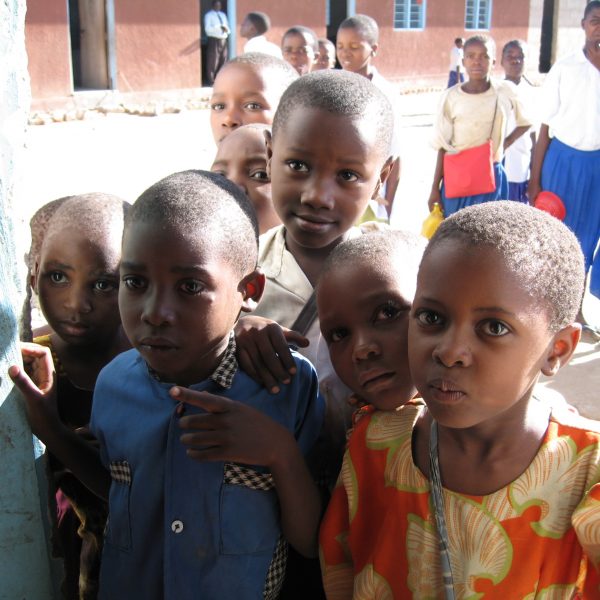 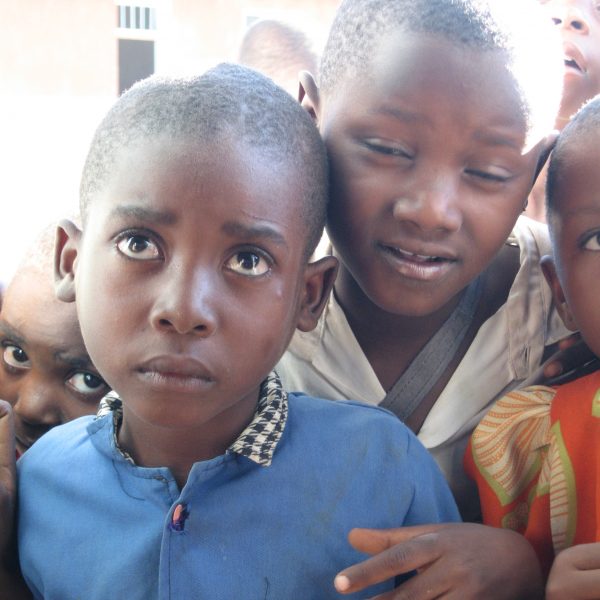 After a while they start to sing their school song for us, which have the text “we love our school Chinyika… this of course in Swahili though.

This is a real killer, and for the second day it is time to shiver again and feel the joy and happiness to be able to be here…

Below are some facts about this school;

The time is late and we need to go before its getting dark. We are staying overnight at TANESCO rest house located at the Mtera Dam.

This rest house are monitored by Tanzania Electric Supply Co Ltd and are a very nice and clean place, they have a swimming pool but unfortunately without water. The rest house is only for the personnel working for TANESCO, you may be allowed to stay here but you must apply long time before at the head office in Dar es Salaam, they will there after send a fax to the manager of the plant, informing that we are allowed to stay there.

This is a so called safe area and you must pass a gate and sign in. Before dinner we have a beer and listen to the news and as we sit there they report from Mtera and the Mtera Hydro Plant, saying and showing the lack of water in the dam. The level is more or less 1,5 – 2 meter below the normal level, and the fishermen are complaining that the hydro plant caused this and they are not able to do their fishing. You better not take swim in this huge dam, because there are crocodiles and hippo’s.
After the dinner, our driver takes the car to a garage to repair the flat tyre, and the famous “Mr.Murphy” are there. During the repair not only one tyre is flat, suddenly there is another one as well. This took time to fix and the driver was back just before midnight only.
I am not sure which school to visit tomorrow, but “we stick flexibly to the plan” 🙂