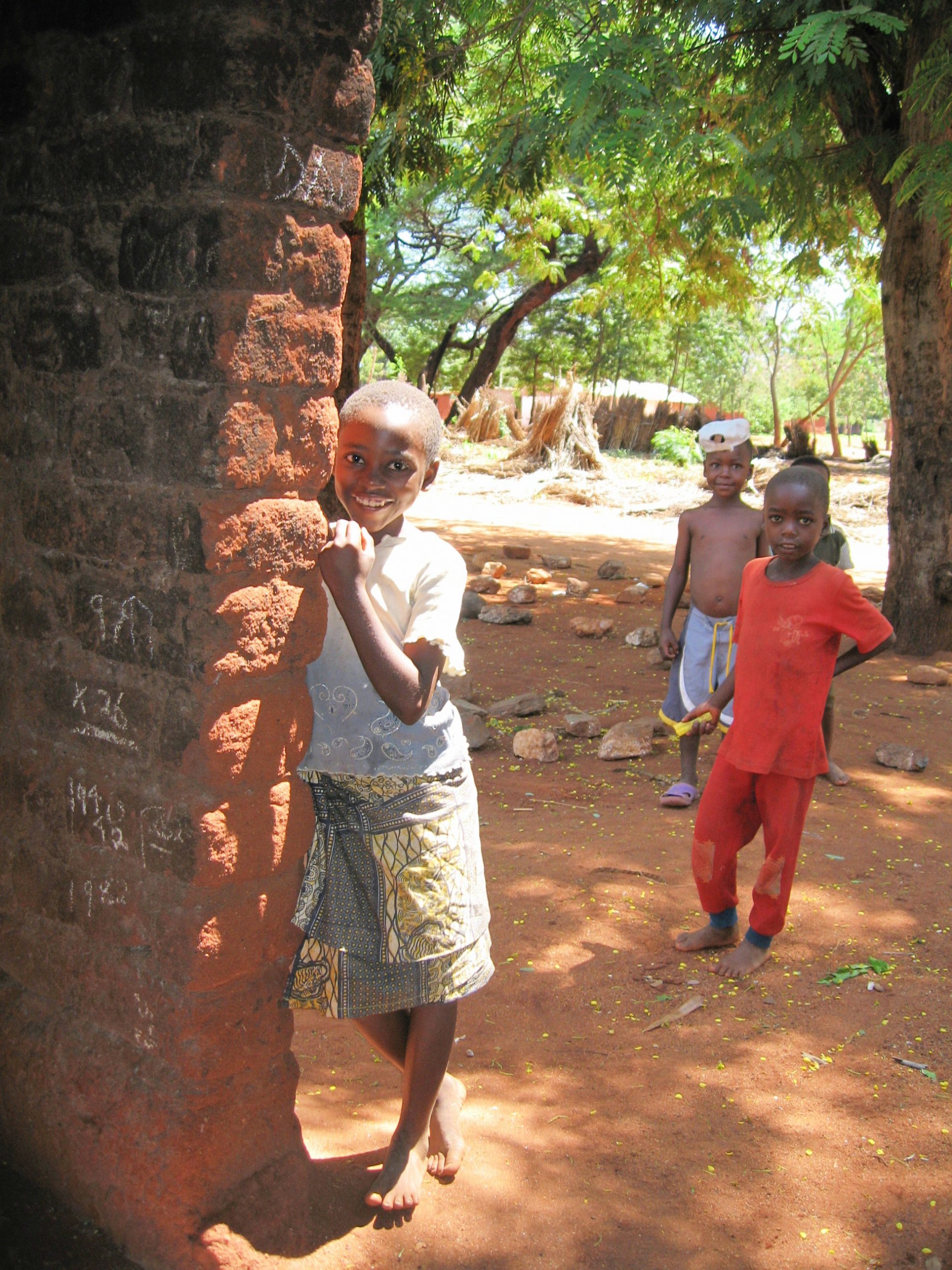 Positive news, we can travel to Chogola as planned, and we now change the plans again (flexibility you know) and will repair the car tomorrow instead at Dodoma. Originally, our plan was to go to Mtera and stay over night there as we have a job to execute in that area as well, that’s life… Today we will have our second seminar of how to use the fuel-efficient stoves at Chogola Primary School which is located 95 kilometer from Mpwapwa. But, as we unfortunately were forced to change plans and now are back in the capital city of Dodoma, we have an extra ride of 120 kilometers, which means that we have more than 200 kilometers to go on bumpy roads again.

When arriving at the school it is very quiet and no activity as it is Saturday and no children at school. There are some children playing at the school yard though and some are there to collect water as this is the place where they can fetch their water from a tap.
The seminar starts as usual with greetings and presentations, all in swahili again, and follows the same pattern as yesterday. Whats different from yesterday is, that today we will see one of the stoves which was built by the former team here in Tanzania, Adam Garrett and Dana Floriano.

All attendants gathering at the new kitchen as James from MIGESADO is to show the stove and how to use the traditional shovel which they are using when doing the porridge, maize, etc. Everybody is listening closely to what James is instructing them.

While showing what to do and NOT to do in the kitchen, the children are
coming closer as they are curious about whats going on. And the fact that for the second time only, there are “wazungo” visiting the school. Below you will see some of the photos taken with the children.

After the seminar we are going to Dodoma to repair the car, but first we will go to the village of Kwonga as this is the place where James has his house and we will have
one day off now. We are invited in to James’ house and he has a fantastic
garden. He has his own banana trees, avocado, orange and a coffee plant as
well, a really nice garden.

His wife has at the moment 11.000 small tree plants which is going to be sent to areas where planting trees is necessary. A very pleasant visit there we were served a soft drink before getting on the road again. Thank you, James.